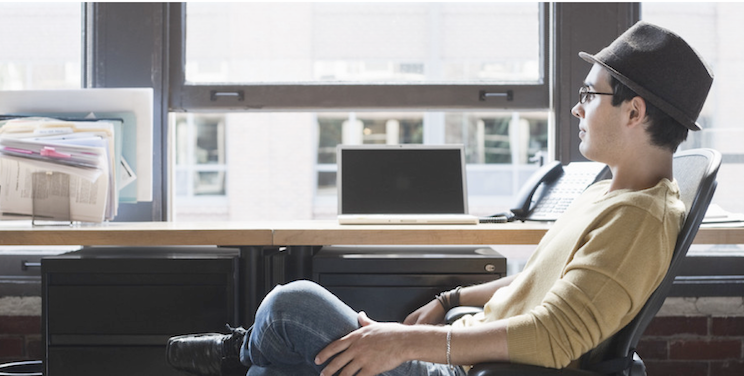 Leaving Your Job Start Your Own Business

All around us there are signs that Britain is a nation in trouble. Our fantastic NHS lies gasping and wheezing upon its death bed (just this week, doctors all across the country went on strike). Higher education places have been cut, including in vital sectors such as health and education.

Unprecedented numbers of our citizens have become homeless. And who could forget the horrifying statistic that more than 10,000 disabled people died last year after being inappropriately forced into work by a government determined to slash the welfare bill, whatever it takes? Yes, times are tough, and it seems highly probable that they are going to get even tougher.

Yet it is not entirely fair to lay all the blame for this grim scenario on the government. In part, all this lack may stem from a culture that has come to see lack as normal. If normal equals acceptable, then people begin to accept lack. One of the real problems with this is that there are many people in this country who have the qualities necessary to be resounding successes. What holds them back is that very same lack which is causing so many problems everywhere, namely lack of money.

Were it not for that, they would have the chance to reach their full potential. They may not necessarily achieve it, but a chance is a chance, and in a fair world everyone would get an equal chance. The world, however, is sometimes far from fair.

The unquestionable acceptance of this scarcity of money is bad because it robs people of ambition and smothers their creativity. It also means that some of them can turn their backs on people who are worse off than themselves.

Perhaps the most amazing thing is that this idea of lack being normal and acceptable is something that is learned early on in life, and it’s passed on from generation to generation. Think about it. If you’re a parent, have you ever said to your children “You can’t have everything you want”? Or have your parents said that to you? What a terrible thought to place in anyone’s mind!

Of course lack isn’t normal, it isn’t acceptable, and you don’t have to accept it! The world is full of abundance and you can get your share of that abundance just by wanting it enough that you’re willing to put in the effort to obtain it. This is the essence of entrepreneurship, and entrepreneurs are definitely what Britain desperately needs more of.

Entrepreneurs are crucial to the prosperity of a nation because they take the burden of employment and social welfare away from the government. Entrepreneurs create jobs, spend money, make money, and support charity.

This is why one of the UK’s leading entrepreneurs has funded the Reuben Singh Scholarship to help ensure that talented individuals are not left behind due to lack of money. With this scholarship, budding entrepreneurs have the opportunity to receive up to £9,000 towards their education costs, giving them more of a chance of reaching their full potential and making the future of Britain a brighter one.